Midsummer Concert -In the shade of poetry- 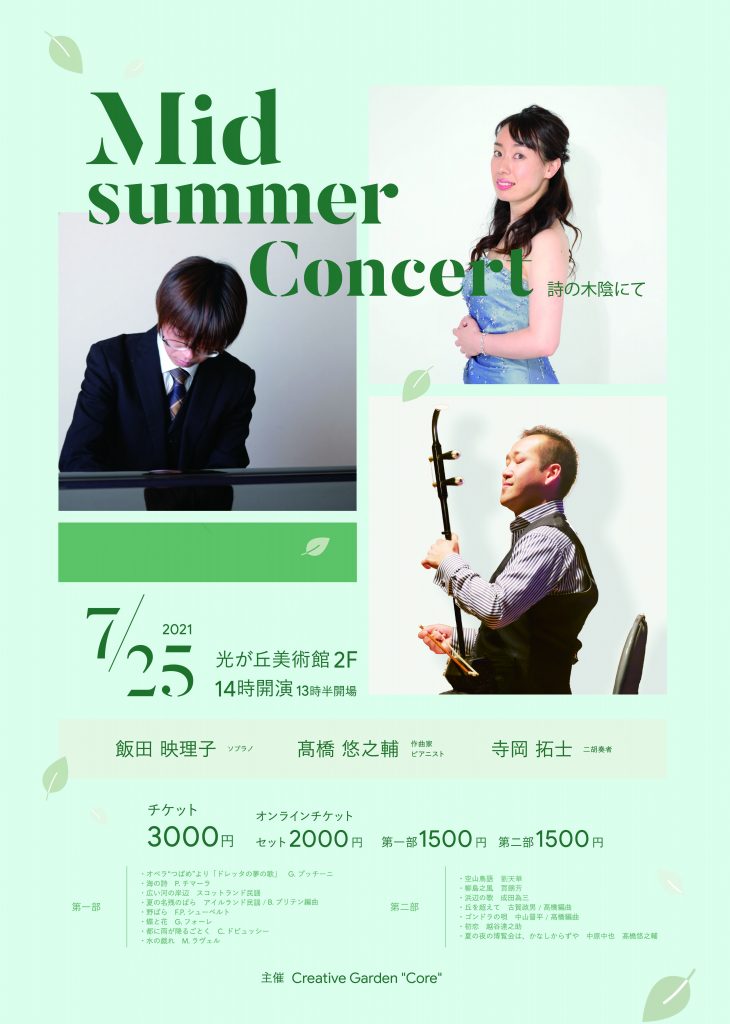 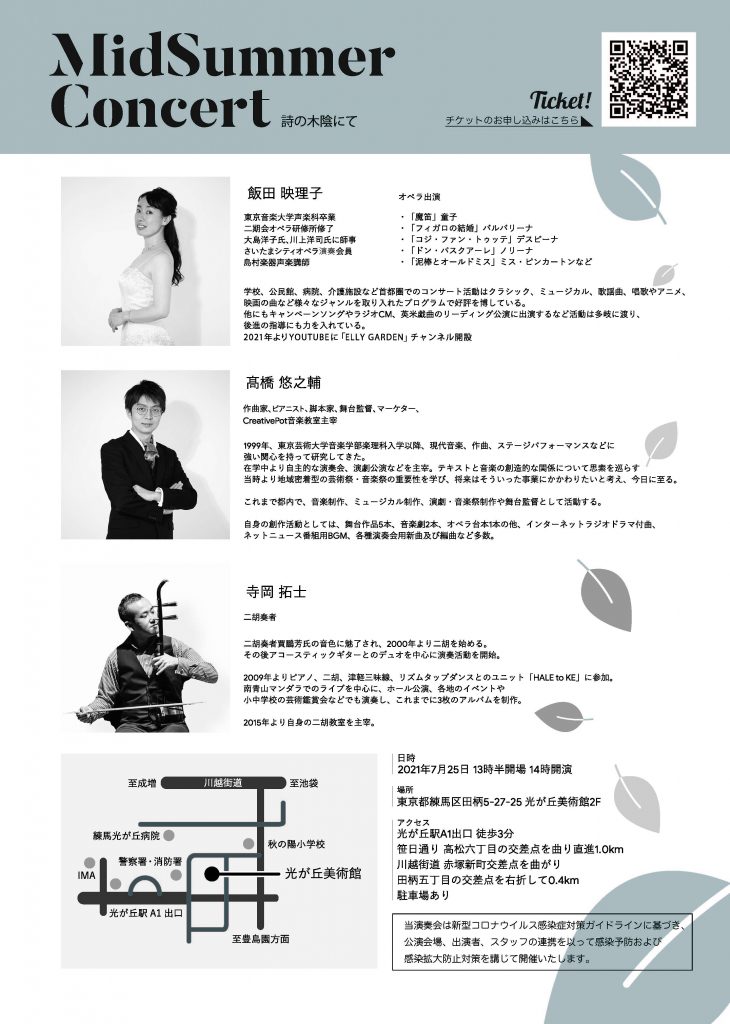 Creative Pot Tokyo has set up an organization called Creative Garden “Core” with like-minded artists and literary artists, and will produce concerts and reading performances from this year.
As the first project of this summer, we will have a concert with inviting Takushi Teraoka who is a Erhu player as a guest.
Based on the new Coronavirus Infectious Disease Control Guidelines, this concert will be held with the cooperation of the performance venue, performers, and staff to take measures to prevent infection and spread.

Ticket for On demand movie is available in peatix.
Peatix event site (Open with new tab)

To apply for the same-day ticket, please specify the number of tickets and contact us at the email address below. creativepotekoda@gmail.com 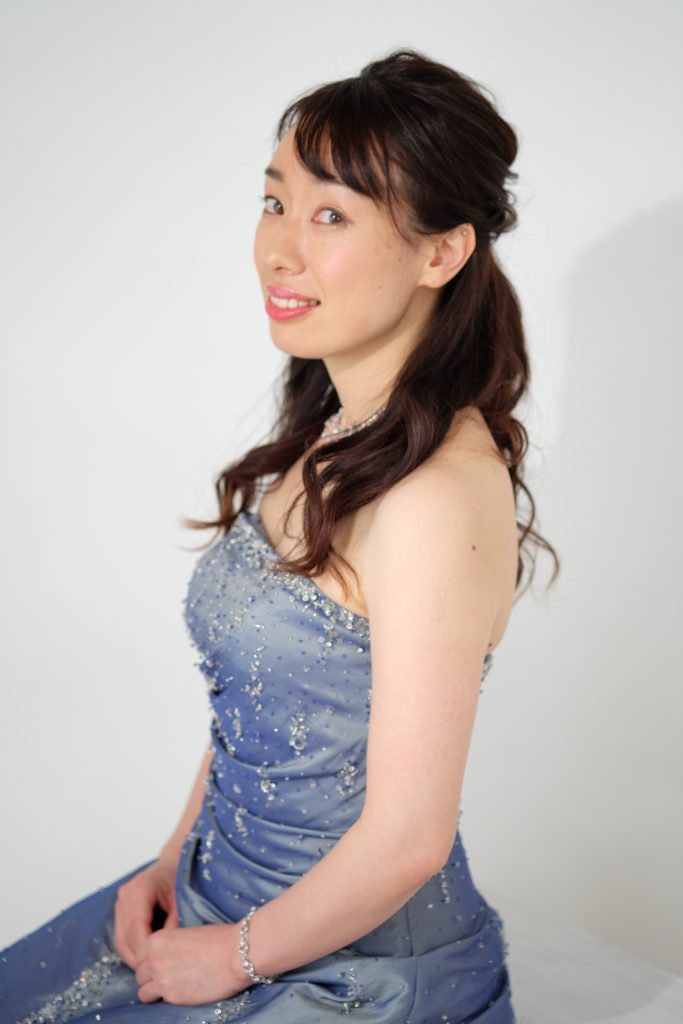 Activities
Her Concert activities in the Tokyo metropolitan area such as schools, public halls, hospitals, and nursing homes have been well received for their programs. Various genres are incorporated in those programs, such as classical, musical, popular songs, nursery rhyme, animation songs, and movie songs.

In addition, she has been active in a wide variety of activities such as appearing in campaign songs, radio commercials, and reading performances in Anglo-American dramas.
And is also focusing on teaching younger singers.

Have built up the YOUTUBE Channel since Feb. 2021
→ELLY GARDEN （Open with new tab） 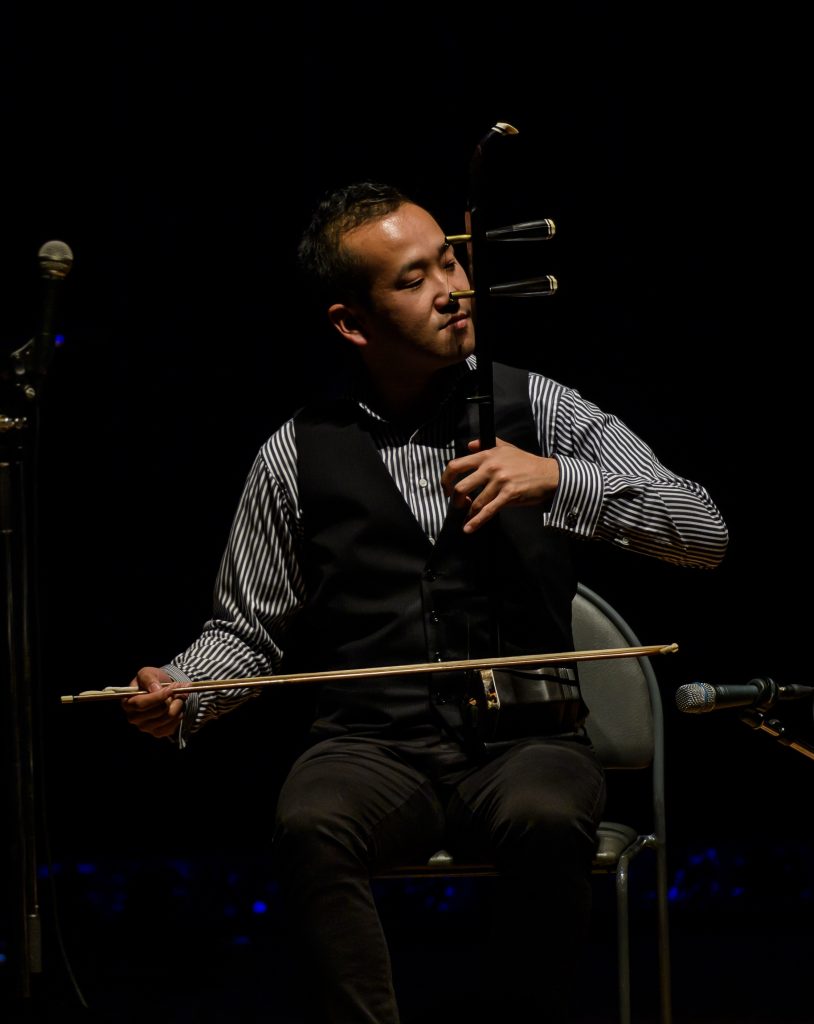 Fascinated by the tone of the erhu player Jiapengfang, started learning erhu in2000.
After that, started playing mainly as a duo with acoustic guitar.

Since 2009, has participated in “HALE to KE”, a unit with piano, erhu, Tsugaru shamisen, and rhythm tap dance.
Focusing on live performances at Minami Aoyama Mandala, has also performed at hall performances, various events, and art appreciation events at elementary and junior high schools.
Has produced three albums so far.

Since 2015, he has presided over his own Erhu classroom. 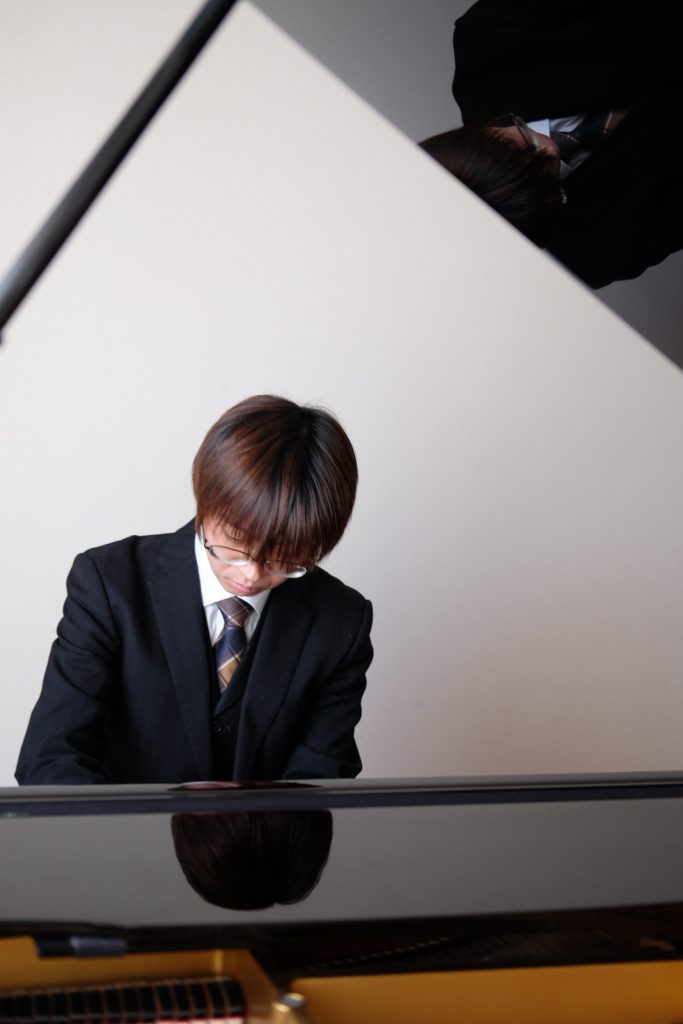 Since entering Tokyo University of the fine art and music, Faculty of Music, Department of Music Science in 1999, I have been studying with a keen interest in contemporary music, composition, and stage performance.
While in school, I presided over voluntary concerts and theater performances , studying about the creative relationship between text and music.
From that time, I’ve noticed about the importance of community-based art festivals or music festivals.
And I hoped to be involved in such projects in the future.

Since 2018, I have been appointed as an exclusive marketer for the citizen participation type art festival.